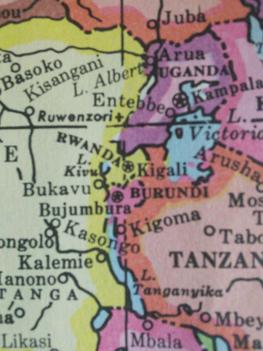 The Tutsi or sometimes called Watusi tribe of Rwandan and Burundi believe themselves to be Jews/Hebrews who came from (Kush/Cush) Ethiopia. Before the Hutu-Tutsi war which was a genocide of the Tutsi’s which was akin to the Holocaust; the Tutsi’s were a wealthy entrepreneurial people, like Jewish business men of the West. Some early Europeans who had made contact with them concluded due to their physical features, that they had Caucasian or European ancestry.

The Tutsi, like the Falasha and Lemba claim to share the story of their beginnings in which King Solomon had a liaison with the Queen of Sheba who converted to Judaism and was sent her back with their child, Levitical priests, Jewish and Hebrew servants as well as an exact copy of the Ark of the Covenant thus making the Tutsi; Jews, Levites and Danites.