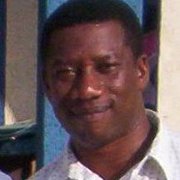 Everybody knows about the ‘white Jews’: the Ashkenazi, Sephardi, Mizrahi, and to some extent the ‘black’ Ethiopian Jews, but what about Jews from Nigeria? Until recently not too many people outside Nigeria knew about the presence of Jews in Nigeria, and in Nigeria itself, as some people have argued, even the Igbos themselves only began to have the consciousness that they are, or might be ‘Jewish’ in the 18th century. I will give this last point a quick address. My response here is that until recently, only very little about Africa is known by most people, and that the Igbos might not have known that they were Jews-before the 18th century, because the term ‘Jew’ is relatively a modern word in the lexicon of the Hebrew people. In very ancient times the Jewish people were called the Hebrews and then the Israelites, and here I will make a strong case that ‘Igbo’, ‘Ibo’, ‘Eboe’, ‘Ebo’, ‘Ibi’, ‘Heebo’, :the terms that have been used to address the Igbos at various times are all derived from the term ‘Ibri’ (Hebrew). Therefore, while the Igbos might not have known that they were ‘Jews’, because they or possibly most of them were not among the sections of the Hebrew people that became identified with the term ‘Jew’, they were certainly aware that they are or were Hebrews, because they were familiar with the term Hebrew, of course rendered in the language that the people developed: the language which has been observed to be uniquely related to Ibrit (Hebrew). So while the Igbo was not familiar with the term ‘Jew’, likewise an Ashkenazi and a Sephardi would look askance at a person who suggested to them in 1900 that they were ‘Ibo’, because that term did not exist in their own versions of the Israelite lexicon.

As can readily be seen from the fore-going write-up, there has been a disconnection of the Igbos from general Jewish history and development which means that the Igbos are cut off from their very life forces. Criminal colonialism which enabled foreigners to hijack Igbo education, demonize, distort and create confusions in Igbo history also certainly aggravated and enhanced this Igbo disconnection. Therefore the Igbo people’s direst need at the moment is reconnection to their culture and history. How can this be done? Who will do it? Reawakening of the Israelite consciousness which was waning is the answer to the first question. How can this reawakening be done? Yehuda Tochukwu Ben Shomeyr has taken a bold step in tackling this problem: beginning from one of the settlements (Aguleri) of the descendants of Eri the son of Gad, the son of Jacob, this young man from Canada has partnered with many Igbos in learning and disseminating much valuable information about the Igbos Israelite heritage. He has been on several missions to Igboland, where he has surveyed the history and the culture of the Igbos, and has joined the growing number of scholars who have put down in writing-evidence-that the Igbos are a substantial part of klelal Yisrael.

Author of “The Igbos and Israel” http://www.kulanu.org/books/ 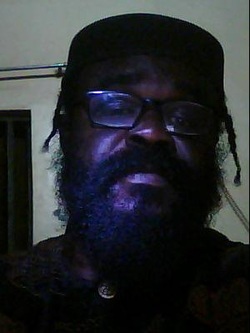 I am very much impressed with the work Yehudah "Tochukwu" ben Shomeyr of Abraham's Descendant International ministries has done so far in respect of Igbo Israelite Heritage or origin. He has really done so much on this subject, for more information on this regard check out his newly developed website, www.igbohebrew.com.

I pray HASHEM continues to grant him the strength, fortitude, knowledge, understanding and intelligence to continue this good work. 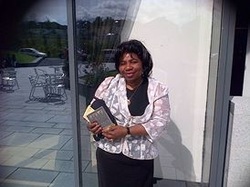 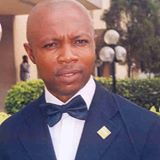 I wish to officially endorse Igbohebrew.com and its family of ministries and commend the good work they are doing through the propagation of the Ministry in Igboland South east of Nigeria, Africa and Globally. I, and the entire members of my group is grateful to Igbohebrew.com and for the numerous work they have done and are still doing which my Organization and Ndigbo has benefited immensely. We might not thank them enough but will ask the Lord God Almighty to reward them abundantly. Once again, I say thank you very much igbohebrew and God bless you.

President of Society Against Poverty and Hunger (SAPH) 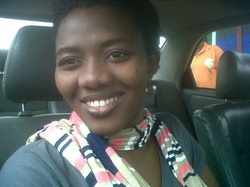 We count it a privilege to commend  Yehudah “Tochukwu” ben Shomeyr and his ministry and www.igbohebrew.com. He has been working hard for years linking the Igbos of Nigeria to be members of lost tribes of Israel.

Yehudah “Tochukwu” ben Shomeyr is ordained as a minister at Abraham’s Descendants International where he is currently giving faithful services. He is well known and well loved in our community. His spiritual devotion to Igboland is above reproach and well respected by those who know him well, even by those of other religious persuasions.

Without reservation, and with the full endorsement of Yehudah “Tochukwu” ben Shomeyr, Raybash ministry and igboHebrew.com on behalf of the members of Akwa-Nnu INT'L Ltd, we commend you, to
continue to link the Igbos with other members of the lost tribes of Israel. 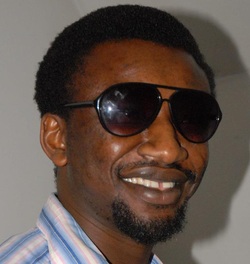 A people without the knowledge of their history can never know the direction of their destination. Who are the Igbos? A nation scattered on the surface of mother earth but inhabit the southeast of modern Nigeria...or the Jews of Africa as many would conclude. Facts are inalienable on similarities of culture and values between the Igbos and the Jewish nation. Rabbi Tochukwu Yehuda Shomeyr has joined the rising voice around the world trying to put together pieces of history lost by mankind in the journey to this generation. Through his global tours, including Igboland, cultural forays and research, he has opened a new vista in the study of Igbo origin. His works are educative, spiritual as well as thought-provoking. Follow his works and see how he, effortlessly, bridge the gap in the reunion of God's children. 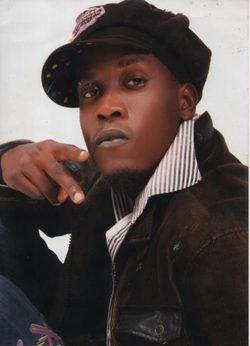 In the years of the past there have been several researchers from Israel to Igboland to concerning the relationship between Igbos and Israel, as we (The Igbo) are known as the lost tribes of Jacob. Rabbi Yehudah “Tochukwu” ben Shomeyr the founder of  www.abrahamsdescendants.com and www.hebrewigbo.com  Is one of the recent researchers and a Teacher of Gospel of Yahweh and the True Igbo Identity, teaching the younger Generation of these Life Changing Truths; taking the message of Yahweh, Jah to the hearing of his people all round the world.  Forever may Jah be praise , for his goodness and mercies endureth forever, Amen.

I am a musician. 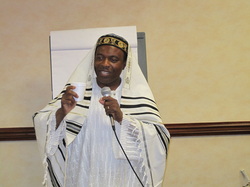 Often times in life, we read or listen to information that fundamentally challenges what we have been taught or believed in the past. Our quest for truth or excellence compels us to seek further in order to either dispel or confirm what has been presented to us. This site is a must for all those who seek the truth.

Rabbi Yehudah's approach in dealing with this subject has put this website in a special class of its own. The subject matter has been discussed through historical and archeological evidence, interfaced with Biblical and prophetic authority. This site is therefore reader friendly to all readers who are either casual readers or serious and methodical scholars and researchers. Rabbi Yehudah has attempted to do this by using an eyewitness; first hand information of what he saw when he visited Obu Gad in Igboland, Nigeria; and in-depth references to Torah and Biblical and extra Biblical accounts to corroborate what he saw.

To every Igboman or woman out there; this site will help you understand your personal purpose in life and what has happened to the collective psych. of the Igbo nation.

I have come to respect the intellectual courage and Torah savyness of Rabbi Yehudah which has been displayed in this website. 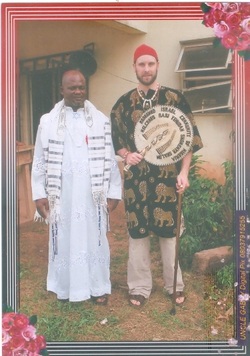 I, Nabi Daniel Oko Uche, is the founder and leader of SAR SHALOM KEHILAH (PRINCE OF PEACE COMMUNITYNIGERIA) with its headquarters along Ozizza Road beside WTC Ugwuegu Afikpo, in Afikpo North Local Government Area, wish to state the benefits, helps we as a Jewish religious set up in Nigeria and Ndigbo in General have benefited from Rabbi Yehudah Tochukwu Ben Shomeyr and his ministry/website, www.hebrewigbo.com.

1. We Ndigbo in General have known through Rabbi Yehudah Ben Shomeyr that we are Jews (Hebrews/Ibo) in Nigeria mainly from Gad who is the 8th son of Jacob (yahcob) the son of Isaac (Yitskak) the son of Abraham.

2.  That Ndigbo is known by our wears not known by suits but a free wear close to Garments and most of our traditions are that of the Jews born in the land (Israel/Yisrael)

On his (Rabbi Yehudah Ben Shomeyr) visit to Nigeria used animal’s horn to call by blowing his horn (Opi in Igbo) when I heard him blowing or sounding this trumpet at Nnewi improvement town union hall, Anambra I went to him and asked him what he was doing, he told me that he was calling us to come together, that I should go and tell other men to come inside. I picked interest on what he did since in my home town, Afikpo in Ebonyi State Nigeria we also use blowing/sounding of the trumpet (OFU or OPI) to call men together or when war comes up same sounding of trumpet will be used to call men to gather together at Ogo village square where all matured men will come out to answer the sound of OFU/Trumpet or OPI in other parts of Igbo land.

In Afikpo my home town, each compound have a common house called OBU in my compound Ezi Agbor, Mgbom, Afikpo our Obu has a chain which is attached closer to where the chief priest that take care of the Obu seats and the pattern of Obu is just the pattern of a synagogue  in Israel.

Other teachings he Rabbi Yehudah Ben Shomeyr send to us helps us to learn the tradition as it is written in the TORAH (The Law) BIBLE. SHALOM, DALURINNE, JOOKWA, KAA.

Before I was called to serve the most high ELOHIM of Israel as a Nabi (Prophet) I have my credit in my first School Leaving Certificate, GCE/WAEC, Certificate in concrete practices (under civil engineering) as a builder, designer structural /detailer and Architectural draughtmanship. I was also the Itim ward secretary of C.N.C in Afikpo North L.G.A, Ebonyi State.


May all Ndigbos be blessed in the Name of Yahoshua HaMashiach Ben Daweed. 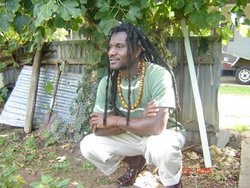 Yehudah Tochukwu ben Shomeyr's work is a must read. It is one of the best ethnographically researched work that proves (or rather strongly reaffirms) beyond any scintilla of doubt the Igbo Israelite origin. Shomeyr went beyond oral accounts, foraying into archaeology and linguistics to make his work a notch above most of the works on the subject.