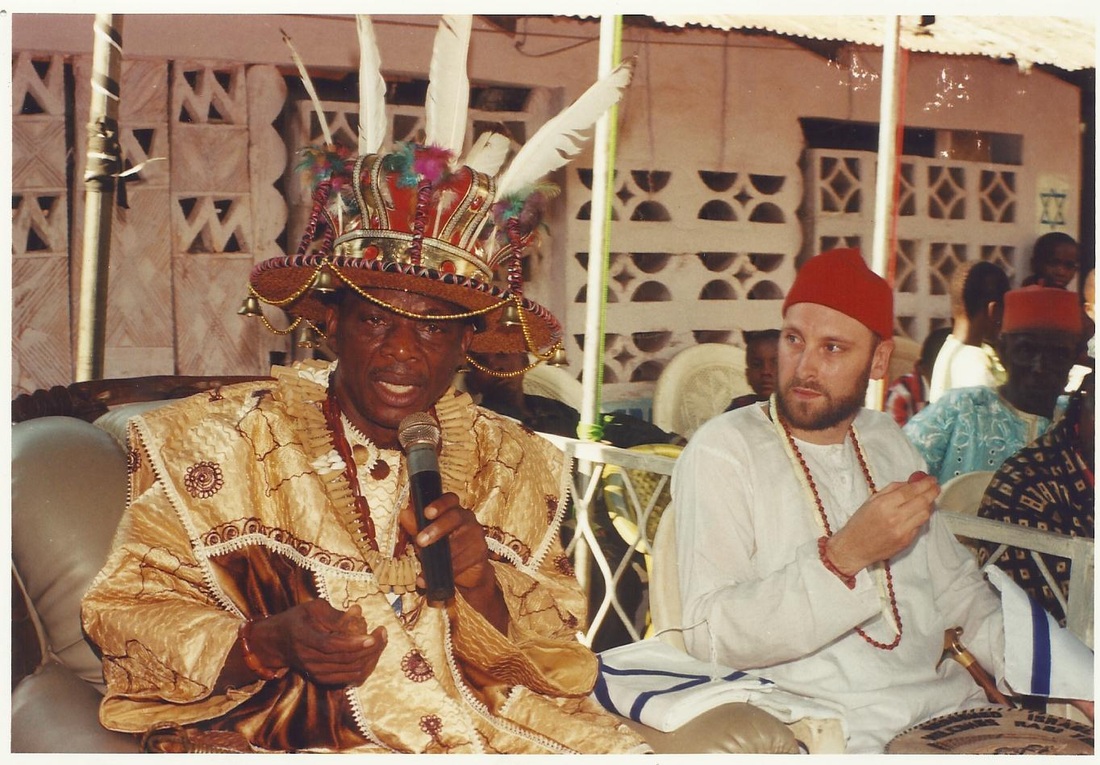 The glue that binds and ties everything else we have read thus far together. Are Igbo’s Hebrews? If it looks like a duck, waddles like a duck, swims like a duck and quacks like a duck, then it is a duck. One can say this in regards to the Igbo. They look, dress, eat and act like Hebrews, so they must be Hebrews! I briefly discussed already the cultural evidence linking the Igbos to Hebrew, but now I will go point by point, from birth to the grave of the life of an Igbo and connect every major like event to that of a Hebrew. I will show you how the Omenana of the Igbo is the same as the Halacha of the Jews. Remy Iloma say, “Where they don’t resemble Hebrew practices in Abraham’s era, they seem like what the Hebrews would have started doing after the reforms of Moses.” Keep in mind that the point is not necessarily how they keep such things, but that they do have such customs as only found among Israel.


As in Israel, so in Igboland.


Being a Westerner and a Jew, it is easy for me to see the parallels between the Igbo and the Hebrew way of life, but it is difficult for me to relay the minute complexities and details that lay within such an analysis. So as not to be unintentionally mistaken and to remain true and accurate to the best of my ability I will just note the most basic, general and obvious observations and parallels and would refer the reader for a more detailed analysis to Remy Ilona’s book “The Igbo and Israel” Which can be found and downloaded at Amazon.com

When I was in Nigeria in August of 2010 the community Hebrew Cantor asked me if I would instruct him on how to chant the Hebrew like I do. To his shock and bewilderment, I politely refused. When he asked me why I told him that I have heard the way he beautifully chants the Hebrew with an Igbo African flavor and flare and I would not want to change that for anything! I told him that it was important to make the Hebrew language his own. I told him it is important to for the Igbo to explore Judaism within their own Igbo culture, for the Igbo traditions are older and more Torah based and therefore Hebraically more authentic than that of today’s modern Orthodox Jews of Rabbinic Judaism which customs are only a few hundred years old. Every sect of Judaism; Ashkenazic, Sephardic, Yemenite, etc., keeps Torah yet in their own culturally and ethnically unique way, it should be no different for the Igbo. I told the Igbo to be the Hebrews God has created and called them to be and not to imitate their Western Orthodox brethren.