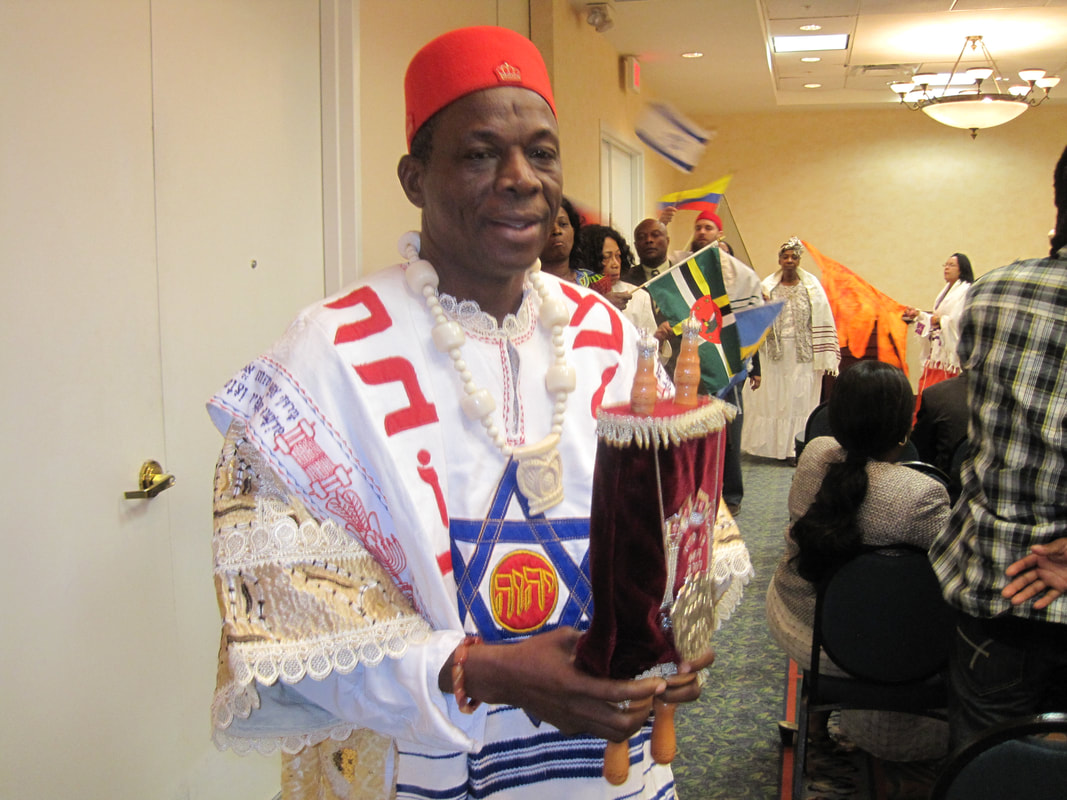 All throughout Africa the Children of Israel has been scattered.

The Northern Kingdom of Israel sometime referred to as the House of Ephraim, went into Assyrian captivity under Tiglath-Pileser 732 B.C. (II Kings 17) Reuben, Gad, and Manasseh were taken away into Mesopotamia and in 722 B.C. (I Chron. 5:25-26) the remaining tribes were taken captive and exiled by the hands of the Assyrians but unlike Judah, Israel’s captivity never ended and as a result, until this day, the 10 Tribes of Israel has been scattered worldwide and have faded into the landscape and peoples of the nations of the world, lost their Hebraic identity and for all intents and purposes are  living as Gentiles. And so the 10 Israeli Tribes have been lost to the eyes of man, but not the eyes of GOD.

Actually time relative to creation 2000 years is not that great amount of time and it has only been 2000 years since we lost track of where the 10 Tribes ended up. Because Ya’akov (James), the Jewish leader of the Messianic/Natsari Movement in the 1st century and half-brother of Messiah Yeshua addressed his letter found in the Brit Chadasha (New Testament) “to the twelve tribes scattered abroad… (James 1:1b)”

Seeing as we know that the people we recognize worldwide as Jews today, whether they live in Israel, North America or elsewhere are descendants of those taken into the Babylonian captivity and choose to return. Meaning some of Judah, Benjamin and Levi stayed behind and living in Babylon (Ezra 1:5, 2:1) the reason for the census’ in Ezra and Nehemiah to show who left Babylon to return to Jerusalem. Those who stayed behind in Babylon created a great center of Jewish learning which produced the Babylonian Talmud. It is safe to say some Jews/Judeans wound up in both captivities, were scattered and lost as the 10 Tribes were due to the Assyrian captivity.

The Prophets tell us that an end time Exodus will occur for the 10 Tribes lost to the Assyrian captivity.


This will be done with great pomp and circumstance with help from the Gentiles.


Thus saith the Lord God, Behold, I will lift up mine hand to the Gentiles, and set up my standard to the people: and they shall bring thy sons in their arms, and thy daughters shall be carried upon their shoulders. And kings shall be thy nursing fathers, and their queens thy nursing mothers: they shall bow down to thee with their face toward the earth, and lick up the dust of thy feet; and thou shalt know that I am the Lord: for they shall not be ashamed that wait for me. – Isa. 49:22-23


Some of these 10 Tribes eventually ended up in Africa.


From beyond the rivers of Ethiopia my suppliants, even the daughter of my dispersed, shall bring mine offering. – Zeph. 3:10

Cush is an ancient name for Africa, specifically Ethiopia.


And the name of the second river is Gihon: the same is it that compasseth the whole land of Ethiopia. – Gen. 2:13 (KJV)

The name of the second river is the Gihon; it winds through the entire land of Cush. – Gen. 2:13 (NIV)


This prophecies’ that the LORD YHWH Himself will call His people to hunt and “FISH” for the Lost Tribes. What was one of the objectives of Yeshua (Jesus) and His Talmidim (Disciples)?


And Jesus, walking by the sea of Galilee, saw two brethren, Simon called Peter, and Andrew his brother, casting a net into the sea: for they were fishers. And he saith unto them, Follow me, and I will make you fishers of men. And they straightway left their nets, and followed him. – Matt. 4:18-20

And Jesus said unto them, Come ye after me, and I will make you to become fishers of men. – Mark 1:17

These twelve Jesus sent forth, and commanded them, saying, Go not into the way of the Gentiles, and into any city of the Samaritans enter ye not: But go rather to the lost sheep of the house of Israel. And as ye go, preach, saying, The kingdom of heaven is at hand. – Matt. 10:5-7


Clearly Yeshua wanted His Disciples to hunt for sheep and fish for men. Specifically hunt for the lost sheep of the House of Israel and fish for the 10 Tribes of Israel. And when Yeshua sent His Talmidim out to hunt and fish for these Israeli Tribes, they knew where to find them because Yeshua’s half-brother Ya’akov (James) knew where they were (James 1:1b).