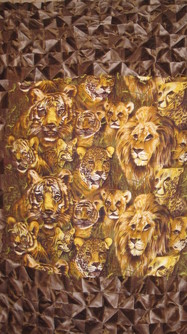 “Falasha” means “Immigrant” or “Stranger,” and “Beta Israel” means, “House” or “Community of Israel” and these consist predominately of Ethiopian Jews who are eligible for Aliayh “Immigration/Return to Israel” since 1973 by the Shephardic Jews and 1975 by the Ashkenazic Jews. Many Falasha-Beta Israel Jews are thought to be Judah, Levi and Dan. The most recognized and famous of ancient Ethiopian Jews is the 9th century Eldad ha-Dani (Eldad the Danite).

Some Beta Israelites began to make Aliyah to Israel in the 1970s and early 1980s, but a mass immigration came in 1985 when Israel airlifted 15,000 Jews out of the midst of a harsh Ethiopian civil war in “Operation Moses.”  Then, three months later, “Operation Sheba” brought 500 more Falasha’s to Israel, but Ethiopia and Sudan closed the borders, holding almost 15,000 Falasha refugees in camps. In 1991 American diplomats convinced an advancing rebel army to stay out of Addis Ababa for three days so that Israel could airlift many of the remaining Jews to safety through “Operation Solomon.”

The Lemba and the Falasha Jews are related for they have the same legendary beginning, namely, that King Solomon had a liaison with the Queen of Sheba who converted to Judaism and was sent her back with their child, Levitical priests, Jewish and Hebrew servants as well as an exact copy of the Ark of the Covenant.