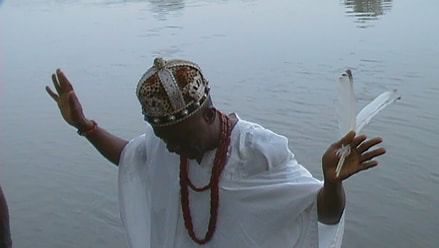 Other Miscellaneous Laws and Customs

As in Israel, so in Igboland. Any legal matters in Igboland requires at least two or three witnesses to establish or resolve a matter.

Like Jacob and Laban calling upon God and promising not to harm each other and making a covenant of peace, this very thing is practiced among the Igbos as well.

As in Israel, so in Igboland, this law also has been practiced among the Igbo, long before missionaries came.


Widow and the Orphan

Jews and Igbos believe in the sanctity of life and that life is in the blood and without a sacrificial shedding of a sacrificial substitute one for another, there is no remission.

Whether hunting or sacrificing, blood spilt on the ground is covered up with dirt. As in Israel, so in Igboland.

This has always been a practice in Igboland and in recent history too! Right after the Biafra War and it help many Igbo to survive and get back on their feet.

A well-known practice among Igbos that a guest or someone seeking a sort of protection or asylum under an Igbo will be safe; an enemy could only obtain such as one under protection literally over the Igbo’s dead body.

As have traveled abroad in Igboland, I have personally witnessed the seriousness and dedication in which an Igbo will care for and protect his guest.


Sanctuary or Asylum for Accidental Homicide

Just as there were cities of refuge in the Land of Israel where priests dwell, so too there are towns such as; Aguleri, Agukwo, Nri and Arochukwu are considered cities of refuge one who takes refuge there must reside in for seven years.

Again, Prof. Achebe in his book, “Things Fall Apart” draws this to the reader attention when the main character Okonkwo sought refuge in his mother’s hometown and returned after seven years.

There is even a saying in Igboland regarding the city of refuge of Arochukwu, “Adi ejie rao na anya oma.” Which translated means, “Those who go to Arochukwu, do so under emergency.”

Chinua Achebe in his world remount novel, “Things Fall Apart” built his story on true Igbo customs, he made none of it up and his book tells of a suicide of a character whose body was not to be touched by kin and by committing suicide forfeit honorable funeral rites because suicide is seen as an abomination that must be atoned for through sacrifices so that the Land does not become contaminated. A victim of suicide in Igboland is buried by strangers in the forest. This is uncannily similar to our Scripture passages.

There is no refuge for one who intentionally commits murder, he is fair game to be hunted down and killed by the victim’s relatives. Prior to colonial rule in Igboland this practice was adhered to.

As in Israel, so in Igboland. This was a dominate form of capital punishment in Igboland until the colonialization by the West.

Kidnapping people for ransom, especially white westerners is a real danger in Nigeria and is rarely heard of among the Igbo, as far as them participating in it.

G.T. Basden, Anglican Missionary to the Igbos noted in his book “Niger Igbos:”

“From Deuteronomy 24:7 we learn that it was forbidden for an Israelite to steal or sell one of his brethren. It is so with the Ibos.”

Scouting expeditions sent ahead of the tribe and or clan was a common practice prior to the Igbos settling down in the land and establishing cities.

God commanded this as a sort of welfare system for the poor to be able to glean edges of leftovers from a field so as to provide for their family without having to beg and loose ones dignity. In Igboland this practice is called “Mkpa ji na Mkpa ede” where one is permitted to glean leftovers from a neighbor’s farm.  Another similar custom is called, “Ije kpo ube, mango, udala na oloma” where one is allowed to pick fallen fruit from an orchard not their own. This is similar to when Yeshua (Jesus) and his disciples plucked handfuls of grain on sabbath in order to satisfy their hunger. They were permitted to do so under Levitical Law but the Pharisees who enacted laws on top of Torah forbad this practice and called it work (Luke 6:1-5). What Yeshua and His disciples who were Jews and followed Jewish Law did and this too is what the Igbo’s do.

“Igbo custom allows someone to pluck small quantities of Anara leaves, Anara fruit, orange (oloma), pears (ube), maize for his or her consumption from someone elses farm, but does not allow him or her large quantity for sale.

Igbos say “kpara Akwu, kpara Akwu, ewelu nkata je obulu ori” meaning; you can take for your consumption but if you go with a basket it is stealing.” – Caliben O.I. Micheal “Our Roots: Igbo Israel Heritage” P. 51

Israel has very stringent rules regarding farming of the land which Igbos also observes. Like Israel, Igbos only plant one thing in a field at a time and do not mix crops with another while the peoples around them mixed seeds and crops.

This is taken so seriously in Igboland that an offender could be fined or even excommunicated.

It appears that the spies who came to Rahab and cut a deal with her used the sign of the scarlet cord to mark her place as off limits. In Igboland a scarlet cord is used to partition off restricted areas.

Igbos too, for health, safety and sanctity of the community would quarantine their skin afflicted sick outside the village, this was until the white men came.

Igboland one who loses an animal that strayed will go to a hill or other elevated place and announce in the evening regarding the missing animal. Those who hear and has the animal in question in their care will reply and the owner will leave with the caretaker to retrieve his animal.

This law in Igboland only differs in that retribution is monetary in nature and not in produce of the Land.

In the past thieves in Igboland if caught were burned or stoned to death.

This law is followed in Igboland, but in more recent times, likely due to the westernization of Nigeria, verbal apologies suffices in some situations.

Igbos too do not like or participate voluntary in census’.

There is a saying among the Igbo, “Igbo enwe eze.” Which means, “The Igbo have no king.” Some take this to mean Igbo’s never had kings and that the concept of Kings were either adopted by influence of surrounding tribes or it was introduced by the coming of the white men. But I believe this to mean that they have no greater King than Chukwu Abiama (The God of Abraham), for it is clear that Igbo kingly dynasties are recorded to go back all the way to Eri’s sons and this is long before the white men came to Nigeria as I have listed earlier in this book. As in Israel, so in Igboland.

In both Israel and Igboland it is understood that an “eye for an eye and a tooth for a tooth” is an idiomatic term referring to monetary compensation.

Case in point, let us say that a man hit another man in the eye producing 80% vision loss in his right eye. How then can it be guaranteed that the injured man if allowed to hit the other man in the right eye will be able to do so at the very same trajectory and velocity which caused the 80% blindness in his own eye!? You can’t, this is why the above passage and its concept in Judaism and in Igboland is understood regarding monetary compensation of medical bills, wages lost, etc.

Lev. 19:16 Thou shalt not go up and down as a talebearer among thy people: neither shalt thou stand against the blood of thy neighbour; I am the Lord.

Gossip is called “LaShone Hara” in Hebrew which is translated the “Evil Tongue.” Gossip in Hebraic and Igbo culture is greatly looked down upon and gossip such as that is called or deemed as “character assassination” is looked upon as gravely as that of physical murder.

Unfortunately the influence Western culture upon the Igbo seems to have watered the gravity of gossip down from a serious offense to that of a minor one.


Calling Heaven and Earth as Witnesses

In Igboland this is a very common saying “Enu na Ana gba aka ebe or osi ali.” Which says, “Heaven and earth should bear witness.”

They (ones enemies) Shall be our Food

Amazingly the Igbo also say this regarding their enemies:

I am sure to some this seems like a fairly comprehensive list, but in actuality, because I am not an indigenous Igboman and because I was not raised in Igboland among and Igbo family or in Igbo culture my observations as an outsider is limited to what is obvious to me in light of my own Hebraic culture and the not so obvious is dependent upon the research I read of Igbo scholars and others. I am sure an Igbo person would be able to come up with a more exhaustive list and keener observations regarding the Igbo Omenana as compared to the Jewish/Hebraic custom and tradition. But suffice it to say, I believe what we have here is nonetheless a most compelling case based on culture alone that bears the facts that the Igbo people are Jews, Hebrews and Israelites, portions of the Lost tribes of Israel and thus deserve to be officially recognized as such. Even if this is not achieved in the here and now, we KNOW it will be recognized when Messiah returns and sets up His Kingdom.