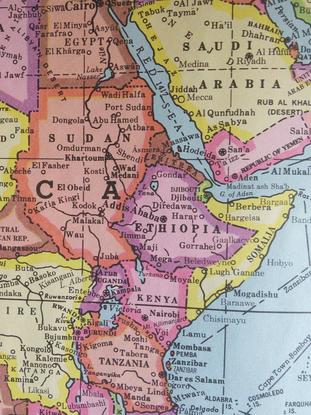 The Lemba tribe can be found in Old Ethiopia, Zimbabwe, South Africa and Mozambique and can genetically be linked with Israel through DNA by the presence of the “Cohen Gene” which males carry and which indicates to those who have that gene, that they are part of the tribe of Levi. The Lemba are not only Levites but of Judah and possibly other tribes.

It is believed that King Solomon had a liaison with the Queen of Sheba who converted to Judaism and was sent her back with their child, Levitical priests, Jewish and Hebrew servants as well as an exact copy of the Ark of the Covenant.

It is also believed that when the Babylonian and Assyrian Captivities occurred that some Jews and Hebrews fled or ended up, post exile in East Africa because they know through Solomon that Jews and Hebrews were present there.

Today there is a thriving Jewish community among the Lemba and this tribe qualifies for “Aliyah” immigration/return to Israel.