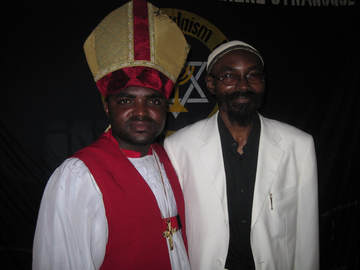 ARGUMENT 4: THE IGBO LEARNED HEBRAIC CULTURE FROM THE MISSIONARIES

This is absurd, for it has already been clearly established that the missionaries and white men on their first encounters with the Igbo clearly seen and described a Hebraic culture as depicted in the Bible like unto the Children of Israel in the Wilderness. And why or how could they have learned it from the missionaries when the missionaries purposefully hid and taught against a Hebraic culture by introducing Western Christian thought that such Hebraic practices such as dietary laws have been done away with by the advent of the Christ!?

In 1789 Olaudah Equiano, an Igbo and former slave who lived in London said in his autobiography that the Igbos were one of the lost tribes of Israel and cited the many identical cultural similarities between them and the Jews.

Missionaries when they came to Nigeria were dumbfounded to discover when they came to evangelize the Igbo People that the Igbo’s practiced many Hebraic/Jewish customs which they could not have learned from anyone else, it had to come from ancient practice of their people from antiquity; for they had no Bibles and met no one with a Bible until the missionaries came along.

They found that the Igbo’s practiced:


These among many other Jewish laws and customs that we will get into great depth here shortly were found to be kept by the Igbo people and sadly, the Christian missionaries forced them to abandon many of these Hebraic practices because though they resembled Biblical worship of G-d, they believed many have been done away with due to the advent of Messiah and they believed they practiced these customs unto pagan gods and as such should be abandoned. The Igbo’s are slowly beginning to return to the pre-missionary practices, desiring to return to their Hebraic roots.

One Igbo man named Avraham, a Cantor of the Natsari Jewish community in Nigeria said,


“In a nutshell, every law as stated in the Torah was being practiced by our forefathers before the advent of Christianity. Except that our fathers went into idol worship, but they still kept the tradition as was handed over to them by their forefathers.”

Israel as documented in the “Old Testament” was known for being a stubborn and stiff necked people (Ex. 32:9, 33:3,5, 34:9), rebellious, hard to govern and control by their many conquerors (Ezra 4:11-19). Igbos are known also for this trait and such a parallel has been observed and voiced by their former British occupiers, who were amazed at their native organizational and governmental structure and how well they resisted the British advance and attempt at control. This was also noted by the slave traders who could not control some of them and exiled them to Haiti or Jamaica.