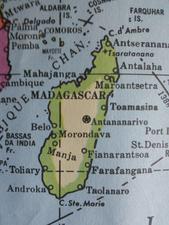 Off the Southeastern coast of Africa is an island called the Malagasy Republic, also known as Madacascar and near the east part of the island called St. Marie there are black Jews called “Zafin Ibrahum” being translated is “Descendants of Abraham.”

Hebraic traits of the Zafin Ibrahim is things such as, counting days from sunset to sunset, have fast days, kosher slaughter of beef, kindling fires prior to Shabbat and Holy Days, purification rituals of New Years, part of which is reminiscent of Passover by the application of blood to the doorposts.