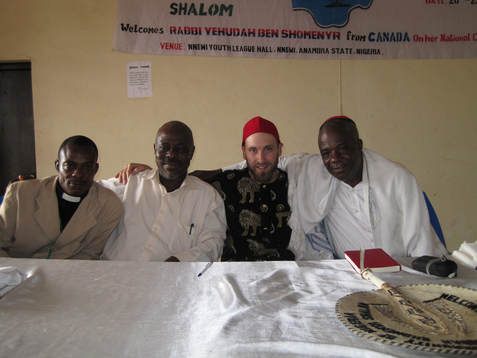 ARGUMENT 5: THERE IS NO GENETIC EVIDENCE TO LINK THE IGBO TO ISRAEL

In the article “Population Genetics Reveal Shared Ancestry: DNA Links Modern Europeans, Middle Easterners to Sun Saharan Africans” on Science Daily May 14, 2011. This article springs from HMS Associate Professor of Genetics, David Reich and his paper entitled, “The History of African Gene Flow Into Southern European, Levantines and Jews,” published by PLoS Genetics. Genetic data from 40 populations across Africa, Asia and the Middle East assisted by doctoral student Prya Moorjani and Assistant Professor Alkes Prices used the genetic roll off method to find Sun-Saharan African ancestry with West Eurasian DNA approximately 1,600 years ago. In this online article it says, “A diverse array of Jewish populations can date their Sub-Saharan African ancestry back roughly 72 generations, on average, accounting for 3 to 5 percent of their genetic makeup today.” Also stated was that African and Jewish populations mixed during the Jewish diaspora in the 6th to 8th century B.C.